By Mary Poulin
0
0
In support of the global collective against discrimination and gender bias on International Women’s Day 2022, The Star, as Chair of the Global Publishers Forum (Asian Chapter), and in collaboration with its regional media partners, will embark on a year-long initiative to highlight stories that celebrate and promote equality. Go to thestar.com.my for more #breakthebias stories.

Heidi Shamsuddin remembers it very well, as if it were yesterday.

She and her siblings (she is the second child in five) gathered around their father, eagerly waiting for the fairy tale – from Hans Christian Andersen to the Brothers Grimm – to begin.

One particular family session turned out very differently. It wasn’t “once upon a time” or “happily ever after”.

It was about If Tanggang, the story of a disobedient son who was turned to stone after his mother’s curse.

“I remember we were so scared and wondering if this would happen to us if we misbehaved!” exclaimed the happy mother of three in a recent interview.

“Corn If Tanggang captured my imagination and eventually set me on the path to collecting Malaysian and Nusantara folk tales,” she continues.

For most of the past decade, Heidi has been actively writing children’s books and also archiving a collection of local folk tales.

His first story, Johan the honey hunter, won the regional Eye Level Children’s Literature Award in 2012. Since then, Heidi has written 10 books, including The Malay Tale of the Pig King, which is based on the epic of Nusantara, Hikayat Raja Babi, and eight short stories published in anthologies such as PJ Confidential and Malaysian microphones.

His last book Nusantara – A sea of ​​tales, published by Penguin Random House SEA, is an ambitious collection of 61 folk tales, fairy tales, myths and legends from the Nusantara region and Southeast Asia. If you don’t recognize some of the Nusantara stories, don’t feel embarrassed.

“We don’t really have a definitive collection of our folk tales here. I thought, quite naively, that such a book already existed, it is so basic. Most countries have their own collection of fairy tales. But we don’t,” says Heidi, who took a (pandemic) year to finish and polish the book, which she started writing more than five years ago.

Like any good storyteller, Heidi, a former maritime lawyer in London for six years before returning to Malaysia in 2006, knew she had a job to do to provide Malaysia with its own unique collection of folk tales.

Through these ancient folk tales, she also studies their history and stories, and often attempts to locate and highlight the role of women in these stories. His new book Nusantara continues his literary quest.

“As a woman, I have consciously chosen to highlight folk tales that empower other women. For example, the story of Bawang Merah Bawang Putih and the magic pumpkin, the gift of winter melon and Thong Phikul highlight the power and agency of the older woman. The story of The girls who saved Guam shows us the intelligence and bravery of women to defeat the enemy,” says Heidi, 49.

“Many of these tales feature women who face tremendous hardship, but through a journey of transformation, through their wits and strength, these women survive and thrive to ultimately achieve their happily ever after. For me , these stories serve as a guide and show us that there is always hope.

Nusantara also offers diversity and stories that you don’t really hear about these days.

Did you read Princess Khamariah and the male fish, a daring folk tale about a princess who, unbeknownst to the king, takes a lover? What about Hitam Manis and the Tualang bees, a tragic story about a girl and her friends who were murdered and turned into rainforest bees?

“Fairy tales are exciting because you follow the protagonist, who is normally a child, who undergoes a transformation at the end of the tale. attracted to them,” says Heidi. 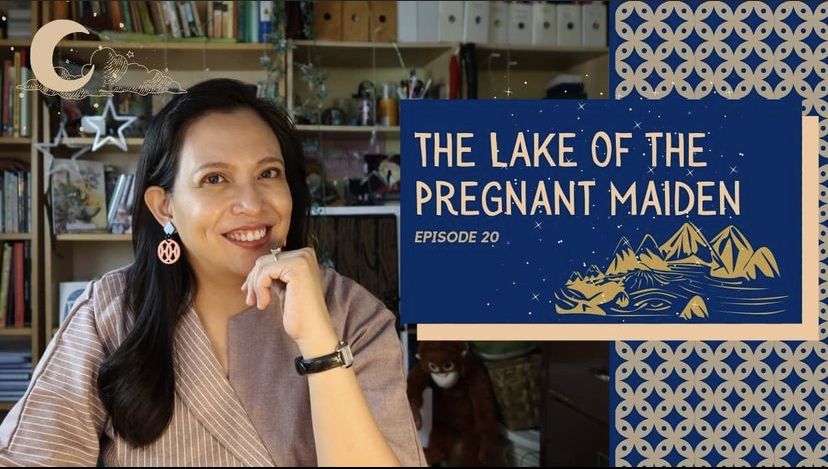 Heidi started her “Nusantara Fairy Tales With Heidi” YouTube channel to make the stories accessible to those who might not be interested in reading a book. Photo: Heidi Shamsuddin

Apart from preserving local folk tales, the author also wants to make them accessible to Malays young and old.

“It’s not that we don’t have local folk tale books. We do, but they’re not as accessible. I also wanted to show that we have our own folk tales that are just as good and exciting,” says Heidi, who cites writers such as Diana Wynne Jones, Angela Carter and Margaret Attwood as inspirations.

In 2017, his screenplay for Bat Girl won the IPCC (Intellectual Property Creators’ Challenge) award and was made into an award-winning animated short by R&D Studio and Tudidut Studio. She co-created Batik Girl with Irwan Junaidi, who also directed the short featuring a girl and her grandmother and touching on themes such as death and bereavement in a beautiful way.

“Writing the screenplay Bat Girl allowed me to really develop my creativity. Instead of just using words to tell the story, I had to visualize what it would look like on screen and how to incorporate batik patterns and symbolism into the story itself,” she says.

Nusantara contains 54 Malay folk tales while the rest are from the Philippines, Vietnam, Thailand, Guam, Madagascar, Singapore, and Indonesia.

Heidi also adds personal notes and thoughts at the end of almost every story in Nusantara.

“So far the feedback I’ve received is that this is the most favorite part of the book for a lot of people,” Heidi shares.

Additionally, she took the liberty of rewriting some of the stories to fill in gaps or provide an ending to incomplete stories.

“That’s what makes folk tales so special, they are constantly changing and evolving, according to the storyteller. 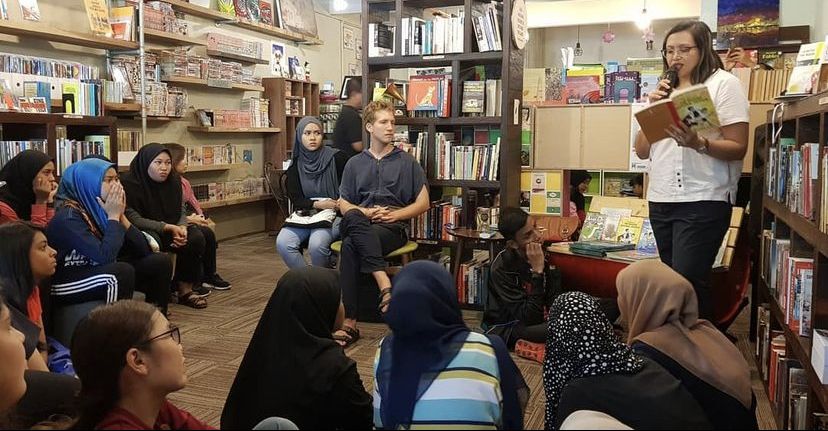 “I tried to retain the heart of the story and keep it as original as possible because we don’t have a definitive collection of our folk tales as a base. Something basic that other writers and even artists can relate to,” she clarifies.

But Heidi admits Nusantara was not initially an effort on his part to fill a void in the local literary scene.

“It started out as a hobby. I started collecting the stories by first reading folk tales and when I found the ones that were very obscure I wanted to make sure I had access to them. So , I would tell the folk tale in my own words and rewrite it, and anything I found related to the folk tales, I would jot it down and include it as notes.

“I started doing this to have my own archives. Eventually, I discovered that I had collected quite a few of these folk tales. That’s when I thought maybe I should put these stories together in one collection,” says Heidi.

The need to produce an anthology of local folk tales was heightened when Heidi, who spent part of her childhood in Seattle, Washington, USA, was invited to give a TEDx talk at Universiti Malaya in 2018 on the local fairy tales.

“I did a simple poll and asked ‘have you heard of this story?’ and I went through all the local folk tales. I encountered blank faces. The attendants really didn’t know about these tales, even something as basic as Bawang Merah, Bawang Putih,” she says.

As a long-term project, she began researching and collecting folk tales five years ago. 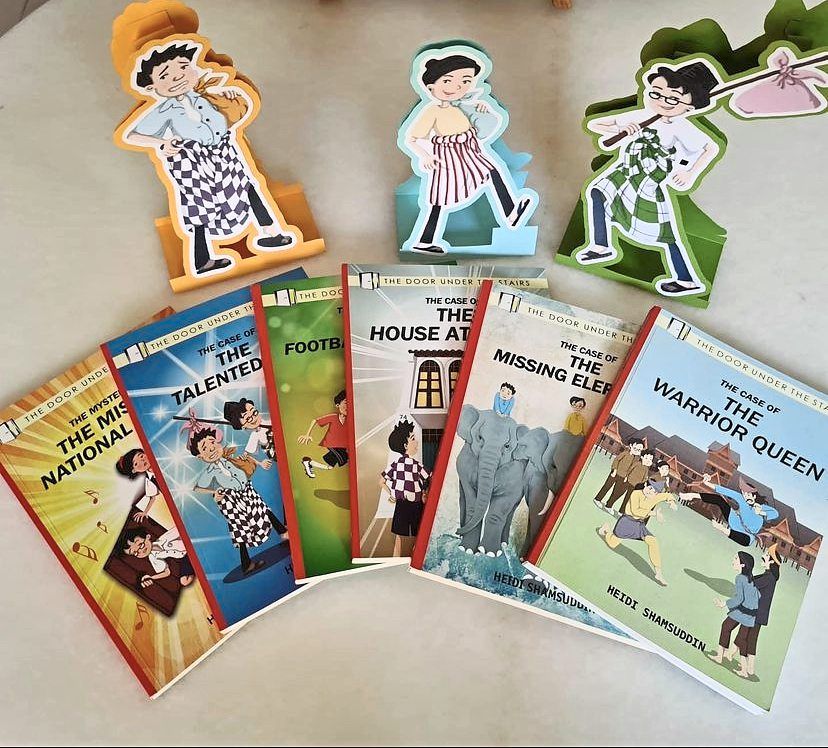 Heidi’s “The Door Under The Stairs” series is about Joe, Emil and Hanna who time travel through a secret door under the stairs of their school. They meet famous Malaysian personalities and help maintain the space-time continuum. Photo: Heidi Shamsuddin

“I had to go around and find old books, some are no longer printed. And when I was traveling in Sabah and Sarawak, I would walk into a bookstore and the first thing I would look for was a (local) book on folk tales.

“These folk tales are completely different from those of Peninsular Malaysia – there are gods, monsters, worlds beyond ours. It opened up a whole new world to me. The internet was also a great help.

In January last year, Heidi also started a Youtube channel called Nusantara Fairy Tales with Heidi for a demographic that doesn’t read. She now has nearly 50 videos, with two seasons of content.

“These short, simple tales contain often controversial themes and motifs. Bawang Putih Bawang Merah explores death and abandonment, Bidasari addresses the issue of abuse and Kayangan’s Youngest Fairy Princess looks at the balance of power between men and women. These stories provide a way to discuss difficult issues in a safe environment,” she says.

Heidi also plans to launch a podcast channel later this year and release at least 10 recordings. She hopes more people – children and adults – will read these stories and enjoy them.

“Fairy tales are important because they open up discussions and allow us to talk about difficult and unsavory subjects. More importantly, they help us make sense of this world we live in,” concludes Heidi.