It was a fateful meeting between Sara Salimi and Tia Najya Effendee, both of whom ultimately had a desire for self-publishing. Sara, the older of the two, had just been elected President of the Anthropological Society at Universiti Malaya (Ansos) and in her new role she wanted more engagement with other Ansos students.

“It’s a funny story because during my first year, I always tried to skip the programs organized by the society. I found excuses not to get involved,” she said with a laugh. “But I was approached when it was time to vote in a new club committee and I was like, ‘Okay, why not’. I didn’t expect to win, though.

“It was kind of like karma…I used to avoid it and now I’m the president,” shared Sara, 24, who was born and raised in Klang, Selangor.

After some soul-searching, Sara realized that the reason she had evaded the society’s activities before was that she felt they did not show what anthropology and sociology were. She decided to collect ideas from “anyone around” and invite them to contribute “in any way they wanted”.

So the students met and planned programs for the next three to six months. It was through this pivotal meeting that a whole new range of activities were born, including social campaigns, social justice infographics, myths and folk stories which were shared on their social media platform on Instagram as well as t-shirt design, cultural recipe sharing.

Also in books was publishing a zine.

The first issue of Paths came out last August.

Tia was among those present at the meeting who came up with the idea of ​​publishing a zine, and her eagerness and experience in the field led her to become the editor of the zine.

“So this zine, I guess, is less regulated than a newspaper, and it’s something more creative. Besides, I also collect zines. I gave (the band) my suggestion and I’m glad people took it,” said Tia, 20.

They agreed to let students contribute to the zine by opening submissions of poetry, short stories, and cartoons.

“I told Tia that we should experiment with it first (in terms of content) and not be too rigid about it. So we opened the submissions and also included some of the folk and mythical stories that we planes previously posted on social media,” Sara said.

Tia’s skills led to the production of Paths, a 32-page A5 color zine, the first issue of which was released in August 2021. Tia did the cover as well as the illustrations, lettering and layout.

She also contributed an iconic art spread to the zine called The Leaf as well as a two-page comic featuring her poetry, Where The Sun Rises.

“The reference for The Leaf was this black and white photo of an artist from the 1920s that I met and he was wearing makeup and he was wearing leaves. I was very struck by this image. As for the costume and the butterfly…these are things I normally gravitate towards in my art,” shared Tia whose publishing background includes graphic design projects while still in school.

The zine also features artwork by contributors Sarah Jay and Ann Gong Xin who provided the art for the second half of the zine which is the section on myths, legends and folk tales from Malaysia and around the world.

A clear motif of Tia is her use of plants – the plant kingdom plays a part in her studies but is also her inspiration for her art.

“I’m drawn to flora because although I did art and took art classes and did art in high school, I was never able to draw people, so I spent a lot of time drawing plants and things instead of human shapes.

“Anthropology also has a lot to do with nature…humans and nature, so I just wanted to incorporate that too,” said Tia, who used Photoshop and a stylus to draw on her laptop that doubles as a Tablet. 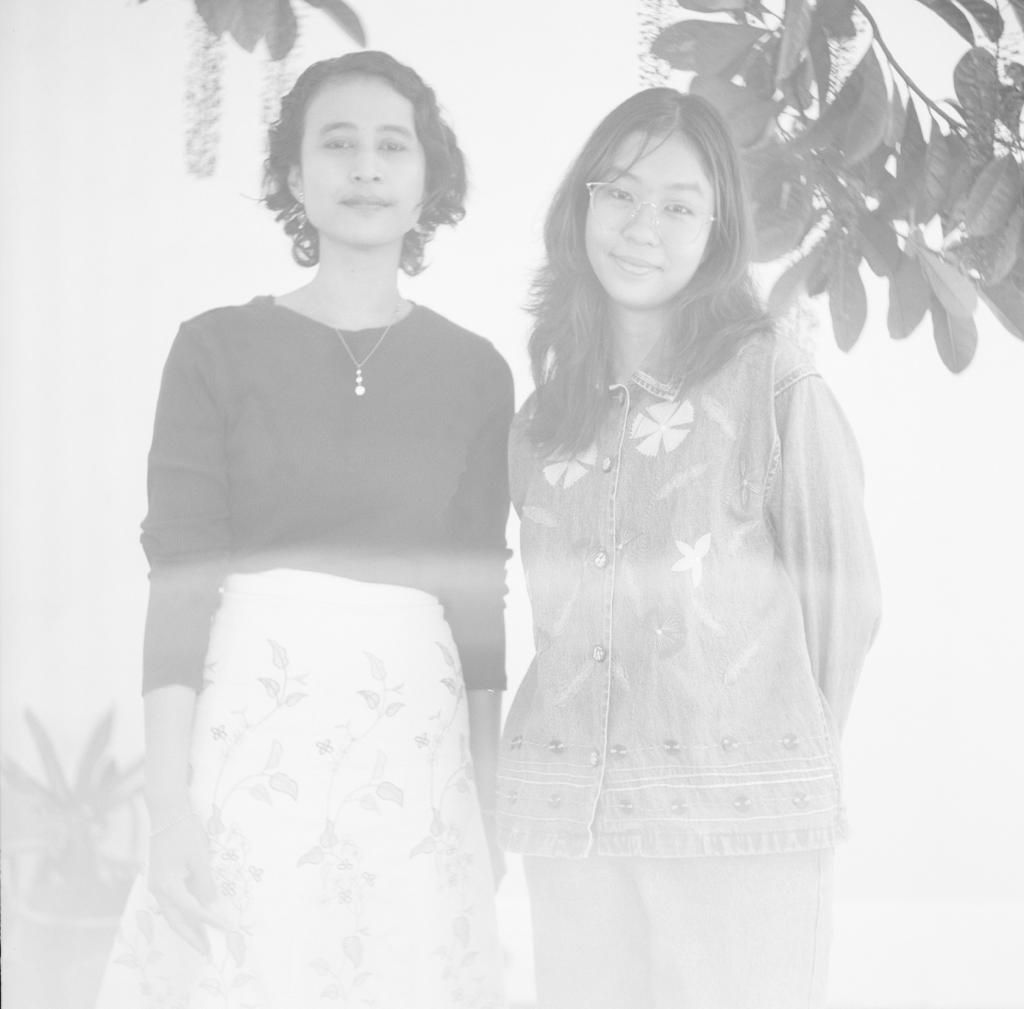 Sara (left) and Tia collaborated on the zine and invited other students to submit their work. Photo: Rizal Johan

It’s no surprise to learn that Tia is a fan of comics, especially Japanese manga which she has been reading since she was young.

“I like Clamp a lot. They are a collective of four women and they created Card Captor Sakura which is a bit iconic (in the manga).

While it may seem like the zine focuses on women’s issues, that was just pure coincidence because, Tia explained, the department is made up mostly of women.

“Of course, we’re all passionate about women’s issues, so that’s something we end up coming back to,” Tia said.

The folk tales were arranged by Farisya Azwar and consist of the Orang Asli (Original Peoples of Malaysia) legend of the Rainbow Serpent; the story of the legendary princess of Sarawak, Puteri Santubong; the cautionary tale of Si Tanggang in Malay culture; Natsilane from the Tlingit culture of the American Northwest; and Chinese legend Panhu The Dragon Dog.

The first half of the zine consists of poetry sent in by contributors Panina, Jay and one who wished to remain anonymous. The poems celebrate femininity, hopes and dreams, love and self-realization.

“I think the zine is a good way to move forward because I believe the messages or ideas and stories that each of us contributed can be tied to our interest in anthropology and sociology.

“It’s about someone’s point of view. And myths and folklore are a cultural view of nature and people. These are the messages we hope to share – the many perspectives of students of anthropology.

“This zine is also important because these words, stories and illustrations can be preserved in print and I hope it will eventually reflect our efforts and our department,” Sara said.

The name Paths was chosen “to describe the traces (civilization and culture) left by humans throughout history, tracing the journey of humans through time and space”.